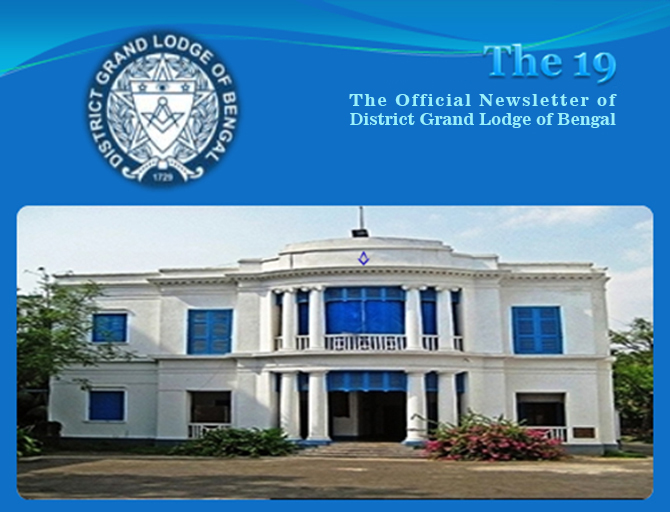 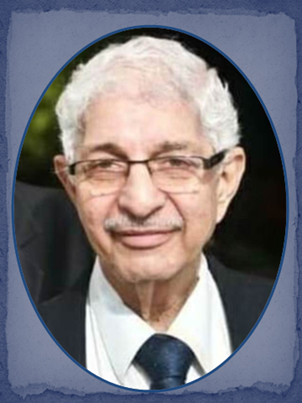 It is a sign of the times that virtually every other issue is commencing with an obituarial reference. The 19 supplicates genuflected that this be the last such occasion. This time we have lost none other than Bro Navzar Pheroze Dotivala. “We had so much hoped that he would recover and continue to be among us. But the GAOTU had more need for him,” Bro Amit Ukil’s lament reflects the general feeling of loss. It was a measure of his fortitude that Bro Dotivala fought valiantly for nearly a month before succumbing to the dreaded virus on the 30th of September. Deservingly recognized by UGLE twice over for his services with the ranks of Past Grand Standard Bearer and Past Grand Sword Bearer in the Royal Arch, Bro Dotivala would have been conferred the 40th year jewel at the District Annual Communication, which has since been awarded posthumously. He was the principal impeller of Lodge TISCO, in the process assiduously chiselling, as Bro Anil Vaswani put it, many a rough ashlar into perfect ones. The heart goes out to the family he has left behind.

Masonry, however, endowed with a singular resilience,  marches on. September saw the commencement of the regular meetings of the Lodges at Freemasons’ Hall. A More comprehensive report follows. As does an incisively researched essay on Hall Stone Jewel by Bro Vaswani. Read on, dear brethren. 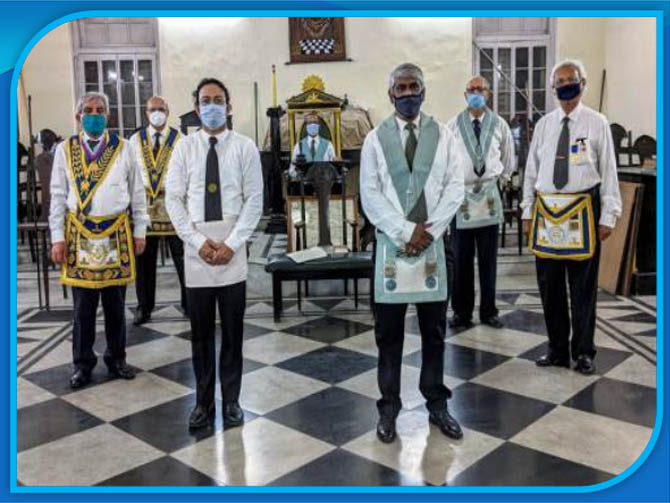 With seven members attending, Federation, the first Lodge to hold a regular meeting after the reopening, just about constituted a “perfect” Lodge. The lean attendance could be attributed to, among others,  factors dealt with at considerable length in the preceding issue. To wit, uxorophobia and comorbidity concerns. The Western Temple, of such prodigious proportions that its distant reaches narrow in perspective, afforded physical distancing with a fair measure of comfort. Masking was adhered to religiously. Prior sanitisation had rendered the temple hermetically secure. Complying with the directive of the District and the Master’s wishes, the festive board was dispensed with; the folly of drinking and dining would have, perforce, compromised one of the most substantive precautions against the pandemic – masking. Six other lodges, namely, Kathmandu of Nepal, True Freemasonry, Calcutta, Star in the East, Light in Andamans and Bengal Masters, followed suit. Unfortunately, the up-country lodges could not muster a quorum.

The ambiance – perplexing are the ways of the language, a vowel changes the pronunciation from English to a Gallic lettres muettres and nasal tildes, one marvels in an afterthought — at the meetings was not dissimilar to that of an old boys’ reunion, assembling after, what might verily be termed, an eternity; the sense of elation was infectious, — in direct proportion, a cynic would be tempted to compare, to the contagion whose tentacles have penetrated the remotest parts of a now-gasping world. While the urge to embrace one another and pump hands was overwhelming, – one is inclined to draw a resemblance to  the copious outpourings of a ten-year-old who has just been reunited with his long-lost pet –  the brethren desisted from the indiscretions with, what might be attributed,  superhuman self-restraint. They had, instead, to make do with a somewhat less effusive exchange of pleasantries and enquiries after one another. Conversations centered mostly around the relative efficacy of Betadine 2% and 10% in staving off the onslaught of the virus, the paucity of the sunshine vitamin – prescribed an essential constituent of the immunity shield — with the sunrays cut off by the nimbostratus overcast and the consequent imperative to supplement the little that was filtering through with pills. Speculation was abounding in the earliest arrival of a prophylactic and the appropriateness of the baptism of the Russian variety as Sputnik V, a not-overly-subtle reminder that its erstwhile avatar had, likewise, pipped its cold war rival in their race to space some six decades earlier. Particularly galling, the brethren seethed, is the almost contemptuous disdain of a section of the populace to physical distancing and masking, thereby triggering — with what might be considered a lackadaisicalness bordering on criminality — an exponential proliferation of the affliction. The bleak economic situation was a matter of grave concern for all. All this, exacerbated, as the month wore on, with the grim updates from Jamshedpur on the progressively deteriorating condition of Bro Dotivala. 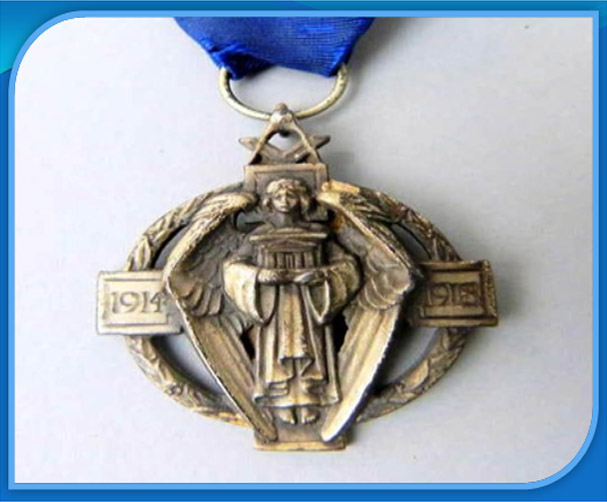 Of the eighteen Lodges that grace the District Grand Lodge of Bengal today, only four – Star In The East No. 67, Tisco No. 3865, Mymensingh No. 4594 and Darius No. 4814 – carry a unique and historical distinction that sets them apart from the others. These four Lodges are entitled to call themselves Hall Stone Lodges, and each is the proud custodian of a historical Jewel and a priceless piece of Masonic heritage that dates back nearly 100 years.

To celebrate the end of the First World War the MW Grand Master at that time, Prince Albert, the Duke of Connaught and Strathearn, proposed the construction of a new building to serve as headquarters for UGLE. The building would also serve the dual purpose of a memorial to honour the numerous brethren throughout the nations of the British Empire who gave their lives for their country during the Great War. To fund this construction, a special committee was set up in 1920 and an appeal was made to all Craft Lodges under UGLE with the aim of raising £1 million, and a series of medals were created to recognize individuals or Lodges that contributed significant amounts to this “Masonic Million” fund.

Lodges that contributed an average of 10 guineas member were entitled to a Hall Stone Lodge Jewel, which was meant to be handed down from Master to Master. The Hall Stone Lodge Jewel was 4.2 cm in diameter, made of silver gilt and appended to a light blue ribbon to be worn around the collar. A total of 1321 English Constitution Craft Lodges qualified for the Hall Stone Jewel, including 88 overseas Lodges. In addition to the Jewel itself, these Craft Lodges were also recorded as Hall Stone Lodges and were entitled to print the honorific on their summons.

And finally, an even larger Jewel, 4.8 cm in diameter and made of 18 carat gold with enamelling with a dark blue collar, was awarded to Masonic Districts or Provinces which contributed an average of 500 guineas from their component Lodges. Just as the Hall Stone Lodge Jewel is worn by successive Masters, similarly the Provincial or District Hall Stone Lodge Jewel is passed down and worn by successive Provincial or District Grand Masters. Only three of these special Jewels were ever awarded, to the Province of Buckinghamshire, the District of Burma (now in abeyance) and to the District of Japan (now defunct).

As for the jewel itself, official records describe it thus: “The jewel is in the form of a cross, symbolising Sacrifice, with a perfect square at the four ends, on the left and right, squares being the dates 1914-1918, the years in which the supreme sacrifice was made. Between these is a winged figure of Peace presenting the representation of a Temple with special Masonic allusion in the Pillars, Porch and Steps. The medal is suspended by the Square and Compasses, attached to a ribband, the whole thus symbolising the Craft’s gift of a Temple in memory of those brethren who gave all for King and Country, Peace and Victory, Liberty and Brotherhood.”

Two such Hall Stone Lodge Jewels are visible in the photos below, adorning the collars of the Masters of Lodge Tisco (Jamshedpur, under DGL of Bengal) and Lodge St. George (Mumbai, under DGL of Bombay) during a meeting on 8th December 2018 to commemorate the 100th anniversary of Lodge Tisco’s founding. It was indeed a rare and unique occasion capturing two Hall Stone Lodge Jewels proudly worn by two Masters standing side by side – a nearly 100-year old testimony to Masonic charity and benevolence still on display today.

As for the Masonic Peace Memorial itself, building work commenced in 1927 and was completed and dedicated in 1933. The building was handed over to the Board of General Purposes free from debt, and well over £1 million had been subscribed. Sadly, just a year later in 1939, the peace to commemorate which the Masonic Peace Memorial was built would be shattered by the outbreak of the Second World War. The building was subsequently renamed in 1939 to Freemasons’ Hall, by which name we all know it today as the home of UGLE. 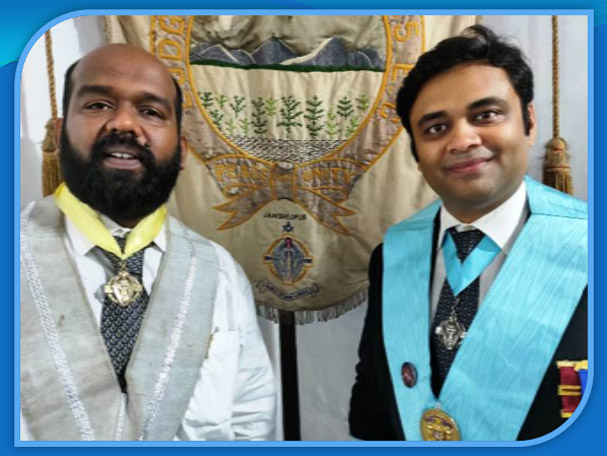